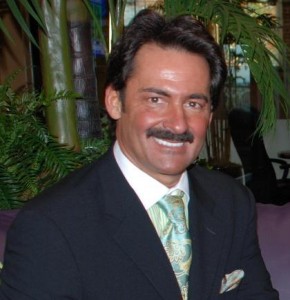 Ron attended both Portland State University and the University of Oregon, and received his Certified Financial Planner (CFP) designation from the Denver College of Financial Planning. Ron began his career at Alexander Hamilton Life Insurance Company, in 1981 and joined Interwest Financial Advisors in 1983.

Toward the end of 1986, Ron, and colleagues James Holst and Anthony Dahl, left to form their own Advisory Firm. These enterprising young men dreamed of offering their clients better solutions than the in-house investment products available with their former employer.

They turned their dreams into a reality with one of Portland’s first fee-only money management firms.  Now managing hundreds of clients and hundreds of millions in assets, Sloy, Dahl & Holst, Inc. is a boutique investment house, custom tailoring 401K plans and investment portfolios to each of its clients.

Every investment decision is made within the company or client’s particular financial framework. Wealth building, capital preservation, retirement planning and pension fund management are all customized to maximize client results.

Ron ever expanding practice has brought him to the attention of both local media and National publications.Featured in the March 2009 Forbes magazine, Ron has also been a frequent contributor to the KOIN TV program Keep It Local, offering concise market reviews and forecasting.

An athlete from an early age, Ron was a three sport athlete in high school, playing baseball, basketball and football.He was 1st team all state in baseball, and on the Sigma Chi 1st team All American roster as a freshman at University of Oregon. Ron was drafted by the St. Louis Cardinals, in the fourth round of the Major League Baseball (MLB) draft in 1977, and again by the Montreal Expos in 1979.

Instead Ron took his desire to win and his competitive nature and applied it to his new passion, personal finance and wealth management.

Ron is a scratch golfer, and won the 2008 National Playboy Golf Tournament in Las Vegas, NV.  He dreams of one day giving the Senior PGA Tour a run.